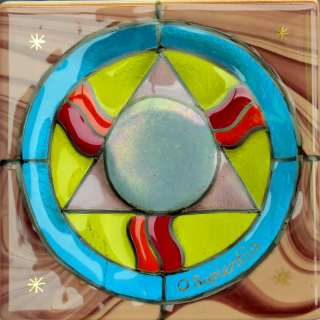 The O Antiphons refer to the seven antiphons that are recited (or chanted) preceding the Magnificat during Vespers of the Liturgy of the Hours. They cover the special period of Advent preparation known as the Octave before Christmas, Dec. 17-23, with Dec. 24 being Christmas Eve and Vespers for that evening being for the Christmas Vigil.

The exact origin of the O Antiphons is not known. Boethius (c. 480-524) made a slight reference to them, thereby suggesting their presence at that time. At the Benedictine abbey of Fleury (now Saint-Benoit-sur-Loire), these antiphons were recited by the abbot and other abbey leaders in descending rank, and then a gift was given to each member of the community. By the eighth century, they are in use in the liturgical celebrations in Rome. The usage of the O Antiphons was so prevalent in monasteries that the phrases, Keep your O and The Great O Antiphons were common parlance. One may thereby conclude that in some fashion the O Antiphons have been part of our liturgical tradition since the very early Church.

The importance of O Antiphons is twofold: Each one highlights a title for the Messiah: O Sapientia (O Wisdom), O Adonai (O Lord), O Radix Jesse (O Root of Jesse), O Clavis David (O Key of David), O Oriens (O Rising Sun), O Rex Gentium (O King of the Nations), and O Emmanuel. Also, each one refers to the prophecy of Isaiah of the coming of the Messiah

The Roman Church has been singing the “O” Antiphons since at least the eighth century. They are the antiphons that accompany the Magnificat canticle of Evening Prayer from December 17-23. They are a magnificent theology that uses ancient biblical imagery drawn from the messianic hopes of the Old Testament to proclaim the coming Christ as the fulfillment not only of Old Testament hopes, but present ones as well. Their repeated use of the imperative “Come!” embodies the longing of all for the Divine Messiah.

O Wisdom of our God Most High,
guiding creation with power and love:
come to teach us the path of knowledge!

O Sapientia: O Wisdom, O holy Word of God, you govern all creation with your strong yet tender care. Come and show your people the way to salvation. Isaiah had prophesied, The spirit of the Lord shall rest upon him: a spirit of wisdom and of understanding, a spirit of counsel and of strength, a spirit of knowledge and fear of the Lord, and his delight shall be the fear of the Lord. (Isaiah 11:2-3), and Wonderful is His counsel and great is His wisdom. (Isaiah 28:29).