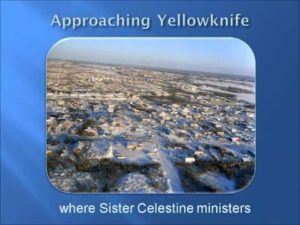 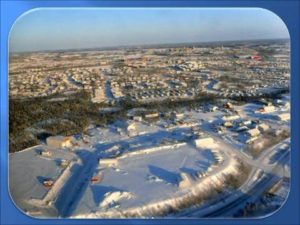 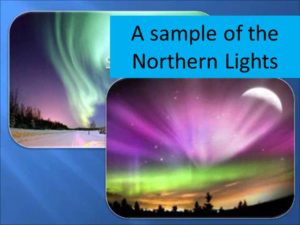 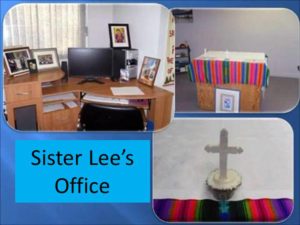 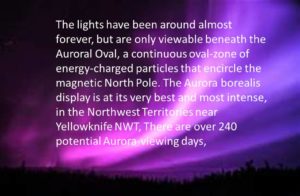 Ministry in the Northwest Territories was initiated by the Felician Sisters of the former Holy Name of Mary Province in Mississauga, Ontario, Canada. For over 30 years, the Felician Sisters have served in the tiny village of Tulita, located in the far north of Canada. This village is home to several hundred Slavey Dene Indians. A proud people, the Slavey Dene have gone through many changes in their culture and traditional way of life that has unfortunately led to cases of substance abuse, alcoholism, and other problems. European settlers and missionaries discredited Slavey Dene traditions, causing many of the native people to lose their sense of identity.

The Felician Sisters have worked to rebuild the native sense of community, bringing God to the people while respecting their ancestral heritage and deep commitment to the earth. Currently one Sister ministers in Tulita. She frequently presides over funerals, baptisms, weddings and provides various other services to the people. The Sister Celeste Child Development Centre is a focal point of the community. Though the days are often short and the conditions harsh, the Tulita mission continues to call Sisters from all the Felician Provinces. They come to serve in this mission for periods ranging from four to eight weeks. The Slavey Dene people desire to uphold their native traditions while welcoming God into their lives.

In 2011 another Felician Sister Sister Mary Celestine Giertych came to the Northwest Territories. This ministry in Yellowknife is one of evangelization through presence. In 2013 Sister Mary Lee Przybylski replaced Sister Mary Celestine and she continue to minister in Yellowknife.The actual work involves being the executive secretary to the Bishop. Since the Sister assumed some of the administrative work, the Bishop was able to be more available to the people of the north. There are very few priests in this geographically large Diocese and so it was possible for the Bishop to visit more of the scattered communities and provide support to them as well as the Eucharist and Sacraments. Sister is also involved in helping out when various groups come to the Trapper’s Lake Spirituality Centre. In all instances, being present to the people at the Centre or at the Diocesan Office provides opportunities for interaction and being Eucharist to all.