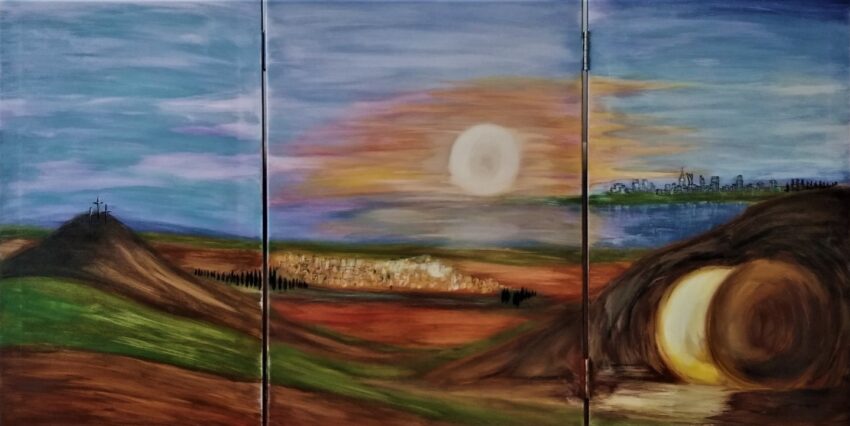 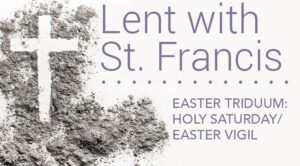 Francis described his life before his conversion as “When I was in sin.” St. Paul’s Letter to the Romans, a part of which is always read at the Easter Vigil, reminds us that we died with Christ in our baptism and so will rise with him in the resurrection. We have journeyed through this Lent with St. Francis, reflecting with him on the cross of Christ, the Gospel call to poverty, care for the poor, the dangers and temptations that can beset us even when we’re striving to live a good and holy life.

As we come now to the celebration of Easter, we recall that one of the hallmarks of Francis’s life was a deep joy in the love of Christ and the glories of creation:

[St. Francis] was offered a present of a sheep at the Portiuncula and he accepted it gladly in his love of innocence and simplicity, two virtues which the image of a sheep naturally recalls. He exhorted the animal to give God praise and avoid offending the friars, and the sheep was careful to follow his instruction, just as if it realized the affection he had for it.

If it was entering the church and heard the friars singing in the choir, it would go down on one knee spontaneously and bleat before the altar of our lady, the Mother of the Lamb, as if it were trying to greet her. At the elevation during Mass, it would bow profoundly on bended knees and reproach those who were not so devout by its very reverence, while giving the faithful an example of respect for the Blessed Sacrament.

Most high, all-powerful, all good, Lord!
No mortal lips are worthy to pronounce your name.
Amen.