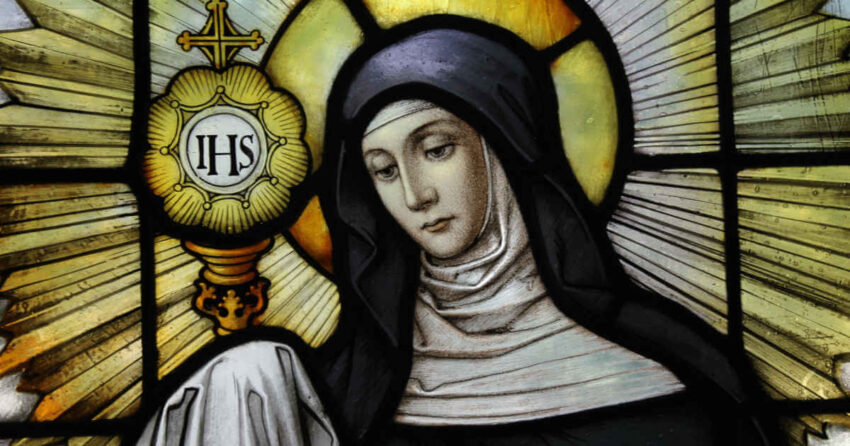 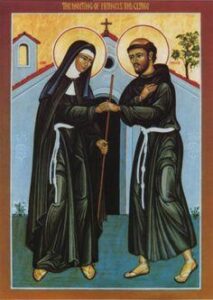 St. Clare of Assisi was born in Assisi on July 16, 1194, as Chiara Offreduccio, the beautiful eldest daughter of Favorino Sciffi, Count of Sasso-Rosso and his wife Ortolana. Tradition says her father was a wealthy representative of an ancient Roman family and her mother was a very devout woman belonging to the noble family of Fiumi.

As a young girl, Clare dedicated herself to prayer. At 18-years-old, she heard St. Francis of Assisi preach during a Lenten service in the church of San Giorgio and asked him to help her live according to the Gospel. On Palm Sunday in 1212, Clare left her father’s home and went to the chapel of the Porziuncula to meet with Francis. While there, Clare’s hair was cut off and she was given a plain robe and veil in exchange for her rich gown.

Clare joined the convent of the Benedictine nuns of San Paulo, near Bastia, under Francis’ orders. When her father found her and attempted to force her back into his home, she refused and professed that she would have no other husband than Jesus Christ. In order to give her the greater solitude she desired, Francis sent Clare to Sant’ Angelo in Panzo, another Benedictine nuns monastery.