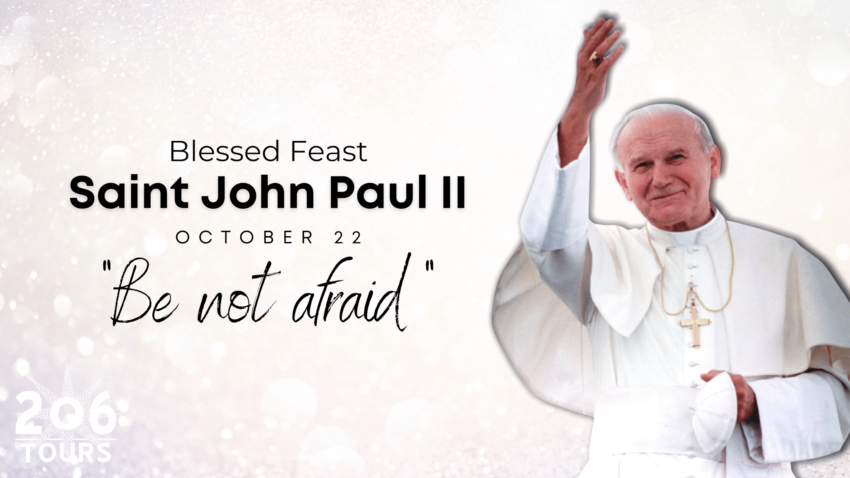 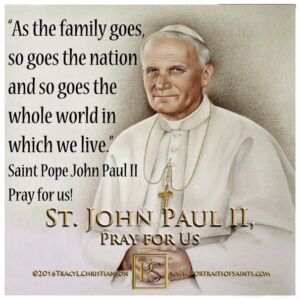 In the light of Christ risen from the dead, on 2 April a.D. 2005, at 9.37 p.m., while Saturday was drawing to a close and the Lord’s Day was already beginning, the Octave of Easter and Divine Mercy Sunday, the Church’s beloved Pastor, John Paul II, departed this world for the Father.

From that evening until April 8, date of the funeral of the late Pontiff, more than three million pilgrims came to Rome to pay homage to the mortal remains of the Pope. Some of them queued up to 24 hours to enter St. Peter’s Basilica.

On April 28, the Holy Father Benedict XVI announced that the normal five-year waiting period before beginning the cause of beatification and canonization would be waived for John Paul II. The cause was officially opened by Cardinal Camillo Ruini, vicar general for the diocese of Rome, on June 28 2005, and he was beatified May 1, 2011.

On April 27 , 2014 he was canonized by Pope Francis during a ceremony in St. Peter’s Square.

In an April 24 message sent to the Church in Poland, Pope Francis gave thanks for the great “gift” of the new Saint, saying of John Paul II that he is grateful, “as all the members of the people of God, for his untiring service, his spiritual guidance, and for his extraordinary testimony of holiness.” read more