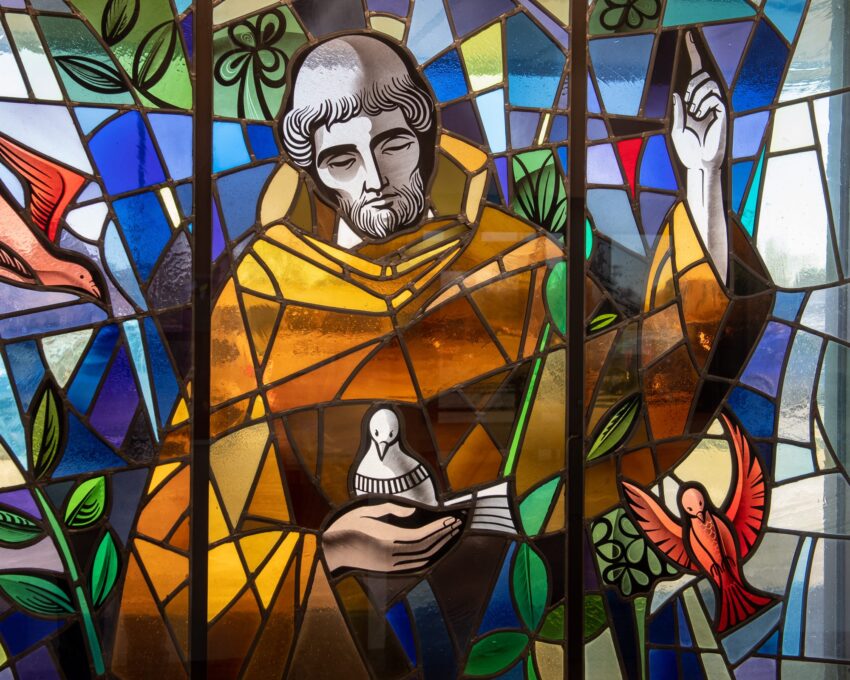 The patron saint of Italy, Francis of Assisi, was a poor little man who astounded and inspired the Church by taking the gospel literally—not in a narrow fundamentalist sense, but by actually following all that Jesus said and did, joyfully, without limit, and without a sense of self-importance.

During the last years of his relatively short life, he died at 44, Francis was half blind and seriously ill. Two years before his death he received the stigmata, the real and painful wounds of Christ in his hands, feet and side.

On his deathbed, Francis said over and over again the last addition to his Canticle of the Sun, “Be praised, O Lord, for our Sister Death.” He sang Psalm 141, and at the end asked his superior’s permission to have his clothes removed when the last hour came in order that he could expire lying naked on the earth, in imitation of his Lord.

Francis of Assisi was poor only that he might be Christ-like. He recognized creation as another manifestation of the beauty of God. In 1979, he was named patron of ecology. He did great penance—apologizing to “Brother Body” later in life—that he might be totally disciplined for the will of God. Francis’ poverty had a sister, Humility, by which he meant total dependence on the good God. But all this was, as it were, preliminary to the heart of his spirituality: living the gospel life, summed up in the charity of Jesus and perfectly expressed in the Eucharist.

Saint Francis of Assisi is the Patron Saint of: