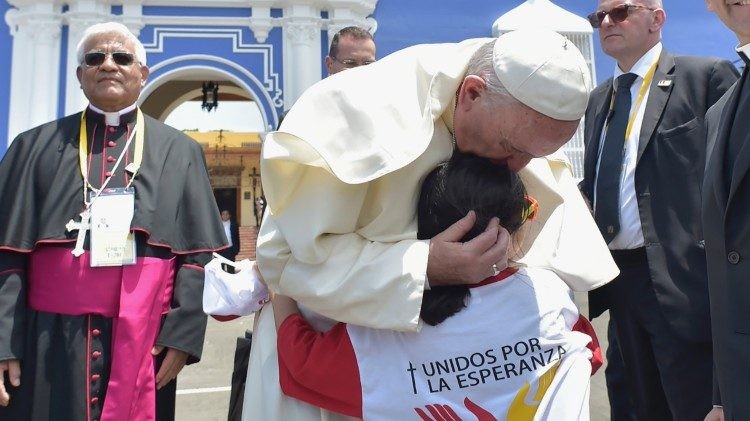 Amazonia: New Paths for the Church and for an Integral Ecology

Pope: isolationism and populism lead to war.In an interview with the Italian daily La Stampa-Vatican Insider, Pope Francis says that Europe needs to respect identities of peoples without closing itself in. He touches upon several issues such as politics, migrants, the Synod on the Amazonia, the environment and the evangelizing mission of the Church.

Urgency of the Amazon Synod

On being asked about the Synod on the Amazon in October in the Vatican, the Pope says “it is the ‘child’ of ‘Laudato si’”.  He clarifies that “Laudato si” “is not a green encyclical but a social encyclical based on the “green” reality of the custody of creation.

“It will be our synod of urgency”, the Pope says, expressing shock that on Earth Overshoot Day, 29 July, man has already exhausted all the regenerative resources for the current year.  This, together with the melting of the glaciers, the risk of rising ocean levels, the increase in plastic waste in the sea, deforestation and other critical situations, he says, makes the planet live in “a situation of world emergency”.

Synod, work of the Holy Spirit for evangelization

The Synod, however, the Pope points out, is not a meeting of scientists, politicians or a parliament.  “It was convened by the Church and will have an evangelizing mission and dimension. It will be a work of communion guided by the Holy Spirit.”

The important themes of the event are those concerning “the ministries of evangelization and the different ways of evangelizing”.

Amazonia key to the future of the planet

The Pope explains the choice of Amazonia for a synod is because the region involves as many as nine States. “It is a representative and decisive place. Together with the oceans, it contributes decisively to the survival of the planet. Much of the oxygen we breathe comes from there. That’s why deforestation means killing humanity.”

Asked about politics, the Pope says that “the threat to the lives of the populations and the territory derives from the economic and political interests of the dominant sectors of society”. Thus politics must “eliminate its connivances and corruptions”.  “It must take concrete responsibility, for example on the subject of open-cast mines, which poison water and cause so many diseases”.

The Holy Father expresses confidence in young people and their movements for a new attitude towards the care of Creation, like the Swedish teenage activist, Greta Thunberg, who is leading a worldwide protest against climate change.   The Pope says he was moved to see a placard of hers that read: “We are the future”.  It means promoting attention to the little everyday things that “affect” the culture “because they are concrete actions”, the Pope says.