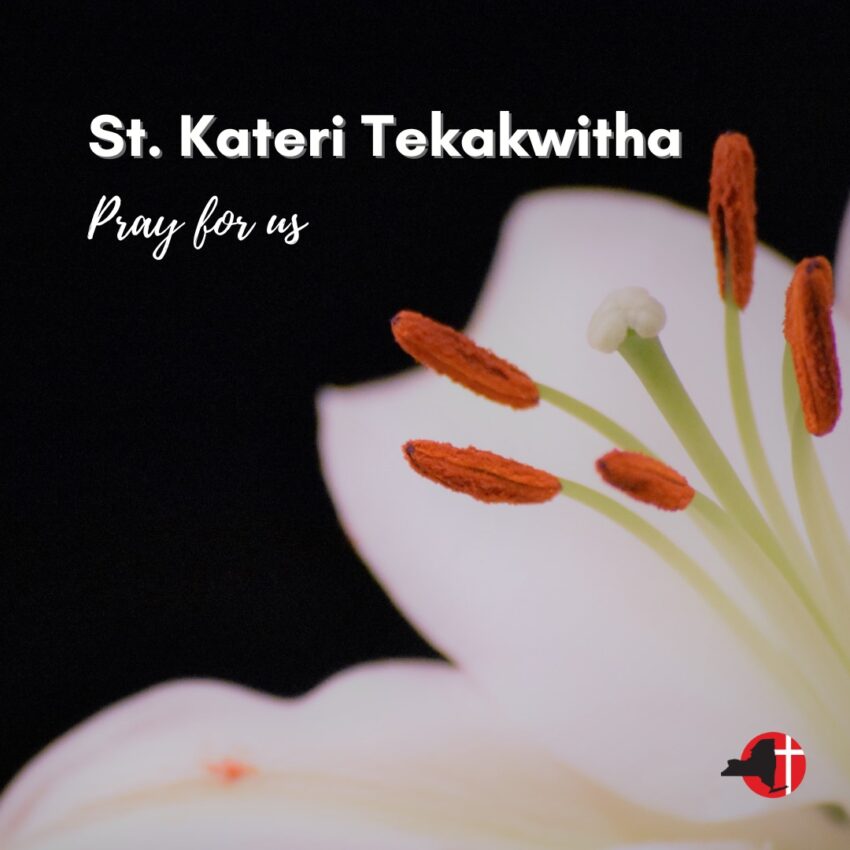 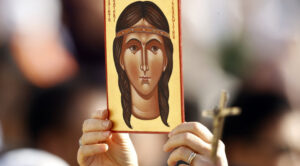 Today, the Church celebrates the Feast Day of St. Kateri Tekakwitha, the first Native American to be canonized. Kateri, also known as the Lily of the Mohawks, was born in present day Montgomery County, NY. She is best known for her devotion to the Blessed Sacrament and to the Cross of Jesus

When Kateri Tekakwitha was proclaimed St. Kateri Tekakwitha in 2012, she was the first member of a North American tribe to be declared a saint. “The Lily of the Mohawks,” Kateri was born in 1656 in a village along the Mohawk River called Ossernenon, now known as Auriesville, New York. Her father was a Mohawk chief, her mother a Christian Algonquin raised among the French.

When Kateri was 4, a smallpox epidemic claimed her parents and baby brother. She survived, but her face was disfigured and her vision impaired. She was raised by her anti-Christian uncle, who began to plan her marriage. But after meeting with Catholic priests, Kateri decided to be baptized. (more)